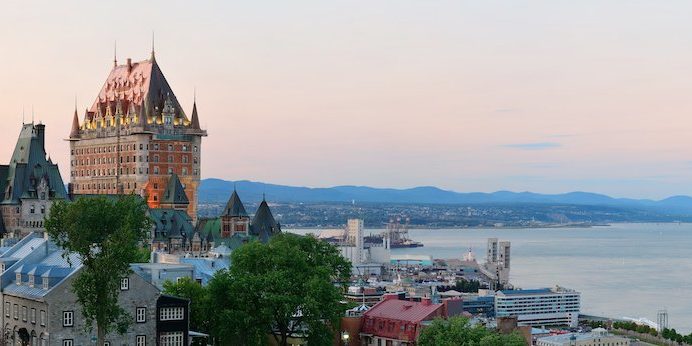 Quebec employers filled 300 vacancies with temporary foreign workers on a recent recruitment drive in the Moroccan city of Casablanca.

Positions in welding, health, hospitality, information technology and catering were all filled on the provincial government-organized recruitment mission.

It was the first Quebec recruitment drive to be held outside Europe.

It was organized by Quebec’s Ministry of Immigration, Diversity and Inclusion (MIDI), with officials on hand to assist employers with the process of recruiting temporary workers.

“Employers were able to benefit from personalized support and meet people who want to work and enrich Quebec with their skills,” said Simon Jolin-Barrette, Minister of Immigration, Diversity and Inclusion.

“These missions abroad are one of the many talent recruitment measures needed to promote Québec’s collective prosperity.”

Since winning the provincial election in 2018, Jolin-Barrette’s Coalition Avenir Quebec (CAQ) government has caused controversy with its immigration policies.

Despite there being a well-documented labour shortage in the French-speaking province, Premier Francois Legault pushed ahead with his plan to cut immigration in 2019, from 50,000 to 40,000 newcomers.

The CAQ also introduced legislation that would cancel a backlog of 18,000 Quebec Skilled Worker applications dating back several years.

A recently-released study by an economic research organization questioned the arguments behind the CAQ’s immigration policies.

Quebec ranks as one of the leading provinces in Canada when it comes to immigrant retention five years after arrival.

Quebec’s immigrants are better-educated than the Canada-born population, and the number of immigrants with advanced French-language skills on arrival is increasing, the IRIS research shows.

The study is based on data from Statistics Canada and the Quebec government.

Experts say the decision to cut immigration is playing to the fears of some Quebec people.

The CAQ won the 2018 election on a platform of temporarily reducing immigration, also saying it would implement a conditional Quebec values and French language test for newcomers.

It recently tabled Bill 9, the cornerstone of which is to cancel 18,000 existing immigration applications through the Quebec Skilled Worker Program, some dating back 10 years.

When the legislation was table in early February, the Quebec immigration ministry contacted the 18,000 candidates to tell them their applications would not be processed.

However, since then, a Quebec Superior Court ruling ordered processing to continue until Bill 9 becomes law, which is expected to happen in June 2019.

What can applicants with pending applications expect?

Evidence presented suggests that MIDI will unlikely issue more than 1,000 approvals from the pool of pending applications for the rest of 2019. Many of the applications in the backlog have outdated documents, or do not meet more stringent amendments put into place in August 2018.

The court will not attempt to define the pace of usual treatment the Quebec Immigration Minister must follow in processing existing applications. MIDI has wide latitude to manage its case load, but must follow a processing time which is reasonable.

Candidates who are currently working or studying in Quebec will be invited to apply under the Quebec Experience Program. Candidates who meet such rules, will be given priority processing and will not be subject to Bill 9.

The vast majority of the 18,000 pending applicants who are outside Quebec, will not find any relief from the judgement. Once the law ultimately comes into effect, most applicants who are not issued approvals by that date, will find their applications cancelled under Bill 9.