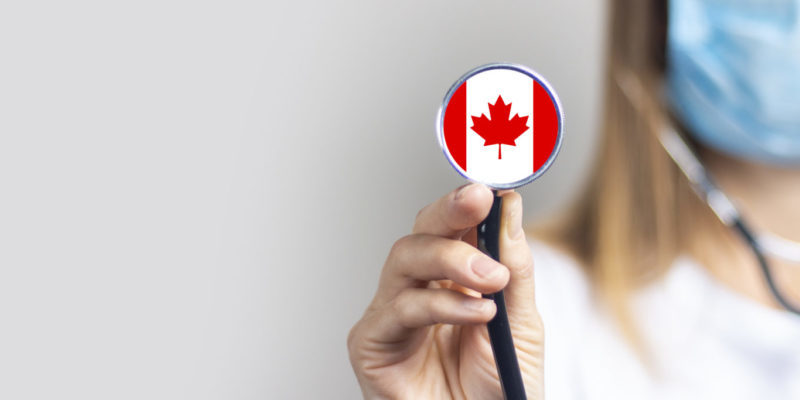 Canada is suffering from a chronic nursing shortage and is aiming to use immigrants from abroad to make up the shortfall.

“It’s good news that we have so many applicants (in nursing programs),” Elizabeth Saewyc, the director of the University of British Columbia nursing program, reportedly told the CBC earlier this year.

“But, in some ways, it’s also really frustrating news, because we get stellar candidates, but we only have 120 seats authorized by the government.”

How to Job Search during COVID-19
The power of having the right LinkedIn profile
Canada Has An Open Door For Qualified Nurses, With Demand High

The university on Canada’s West Coast saw a spike of 31 per cent in enrolments to its Bachelor of Science in Nursing program and interest in its graduate nursing programs has also doubled in the past year.

Students are increasingly turning to nursing programs in Ontario too, where nursing schools saw a 17.5-per cent bump up in nursing applications in the last year.

The Canadian government’s employment website, Jobbank.gc.ca, was already forecasting a shortage of 36,500 nurses for the decade ending in 2028 before the arrival of the Covid-19 pandemic.

Ottawa is expecting the job prospects for nurses to be “good” throughout the country during that decade.

These are well-paying jobs. A top-earning nurse can rake in more than $131,000 annually for a 37.5-hour work week. The median salary based on that regular work week is more than $89,000 per year.

The qualified people are simply not there to fill many of these jobs.

That’s why Ottawa is taking steps to recognize the foreign nursing credentials of temporary foreign workers in Canada and trying to attract more nurses to immigrate to Canada.

“There are many healthcare workers that are in under-employment situations because their healthcare credentials are not recognized,” she said.

According to a report released this year by Statistics Canada, immigrants to Canada are over-represented in nursing and healthcare support positions.

“Overall, five per cent of employed adult immigrants in 2015/2016 worked in nursing or healthcare support occupations, compared with three per cent of other employed individuals,” notes the report.

Immigration, Refugees and Citizenship Canada (IRCC) is trying to help solve this labour shortage in the healthcare sector with the introduction of six new pathways to permanent residency announced earlier this year, including one for francophone and another for anglophone healthcare workers.

Canada’s francophone province of Quebec has also upped its efforts to attract immigrants to work in its healthcare system.

Earlier this year, Quebec launched the Orderlies Pilot Program on March 31 for nurse aides, orderlies and patient service associates. Those occupations with the following National Occupational Classification (NOC) numbers and descriptions are included:

Candidates need to have gotten a DEP in a related field of study two years prior to their application.

They also have at least two years of experience in this type of occupation, currently work in such a job, and have a level seven proficiency in French as measured by the Échelle québécoise des niveaux de compétence en français des personnes immigrantes adultes.