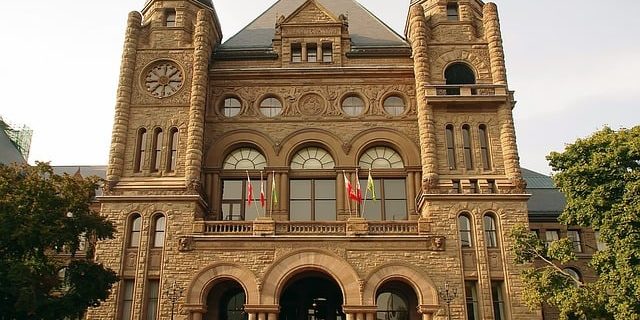 International graduates from Canadian universities have been described as blue chip new permanent residents by Canada’s federal government. They have Canadian credentials, knowledge of Canadian life, the required language skills, are young and often come with at least some Canadian work experience. All of these factors score highly in efforts to predict which immigration candidates will have long term economic success in Canada.  While each of the provinces offer permanent immigration programs, Quebec leads the way with a seamless pathway for international graduates, without a job offer.

At the federal level, the current government has made it easier for international graduates to achieve Canadian immigration by introducing points under Canada Express Entry. In November 2016, Comprehensive Ranking System points were added for post-secondary courses lasting three years or more (30 CRS points) and those of a one or two-year duration (15 CRS points). This gives many graduates the extra push they need to achieve a coveted Invitation to Apply.

In Quebec, the international graduate stream, which forms part of the Quebec Experience Program, is the only provincial program that offers permanent immigration to diploma and undergraduate degree holders, without a job offer.

The category imposes an advanced intermediate oral French requirement, but this stipulation is waived if half of the candidate’s studies are completed in Quebec and the qualification is recognized by the province. Candidates must either complete their studies in French or pass a French language test to transition to Canadian permanent residence. For more detail, see below.

Only the Ontario Immigrant Nominee Program runs a similar program without the need for a job offer, but is aimed at Master’s and PhD graduates. The education requirement, therefore, is much more onerous, while the candidate must have English or French at Canadian Benchmark Level 7 or higher. The Ontario Master’s and PhD streams are open periodically throughout the year.

Concurrently, the federal government also promotes the Atlantic Immigration Pilot, which includes a category aim at international graduates. But this program is employer-driven, making a job offer mandatory. It was introduced earlier in 2017 to try and reverse aging populations and shrinking labour markets in the Atlantic provinces of Nova Scotia, Newfoundland & Labrador, New Brunswick and Prince Edward Island.

The Atlantic provinces of New Brunswick and Nova Scotia also promote international graduate entrepreneur categories. The main requirement here is for the candidate to have owned and operated their own business in the province for at least a year. For this they require a Post-Graduate Work Permit, also not required under the Quebec program.

The tables below offer a comparison between the various provincial programs for international graduates, offering Canadian permanent residence.

For students to be eligible, they must have studied in Quebec and are at the advanced stages of obtaining one of the following types of diplomas:

The diploma or degree must be granted by a university or by a public education institution located in Quebec and recognized by the government. In addition, the international student must possess an advanced intermediate knowledge of oral French. The student can prove his knowledge of French by one of the following:

Students may submit their application for permanent residence from within Quebec six months before completing their program of study, or within three years of finishing. The Certificat de Sélection du Québec (CSQ) is issued to the student upon confirmation of successful completion of an approved program of study.