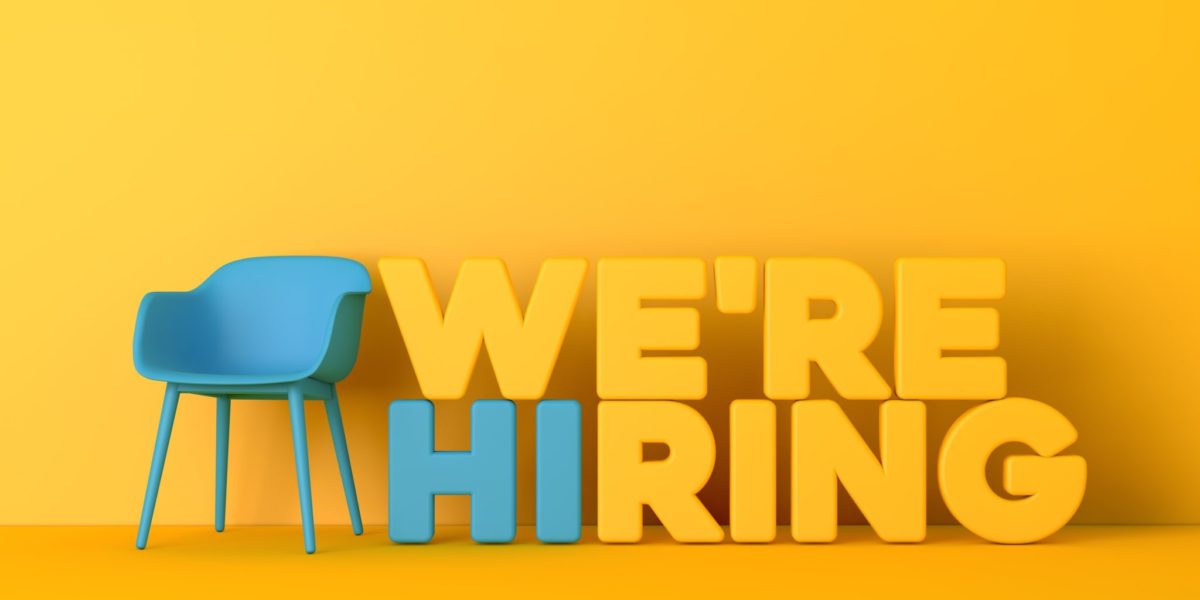 In an important indicator that Canada’s economy is picking up as it battles back from COVID-19, there were more than 1 million job vacancies at the start of September.

Businesses in Canada have entered hiring mode – to the advantage of potential immigrations who are considering making their dream move here.

The payroll and vacancies report released by Statistics Canada shows high numbers of vacancies in sectors including accommodation and food services, health care and retail trade.

Federal government number crunchers put this down to increased economic activity, skills shortages and changes in the demands of workers.

“Increases in job vacancies can signal a number of developments,” the Statistics Canada report said.

“First, such increases can signal an increase in economic activity and hiring, as employers create new positions to be filled.

“Second, an increase in vacancies can signal new or worsening structural labour market imbalances, such as shortages of specific skills or geographic mismatches between available positions and workers who could fill them.

“Third, increasing vacancies can be an indication of shifts in the willingness of workers to accept the wages, benefits and conditions associated with a particular job.”

As the sector with the highest number of vacancies, accommodation and food services recorded more than 196,000 job openings in September, up from nearly 157,000 in August.

More than half of businesses in the sector expected to face hiring issues, according to the Canadian Survey on Business Conditions for the third quarter of 2021.

Health care and social assistance registered more than 131,000 vacancies, more than double the figure of a year earlier. 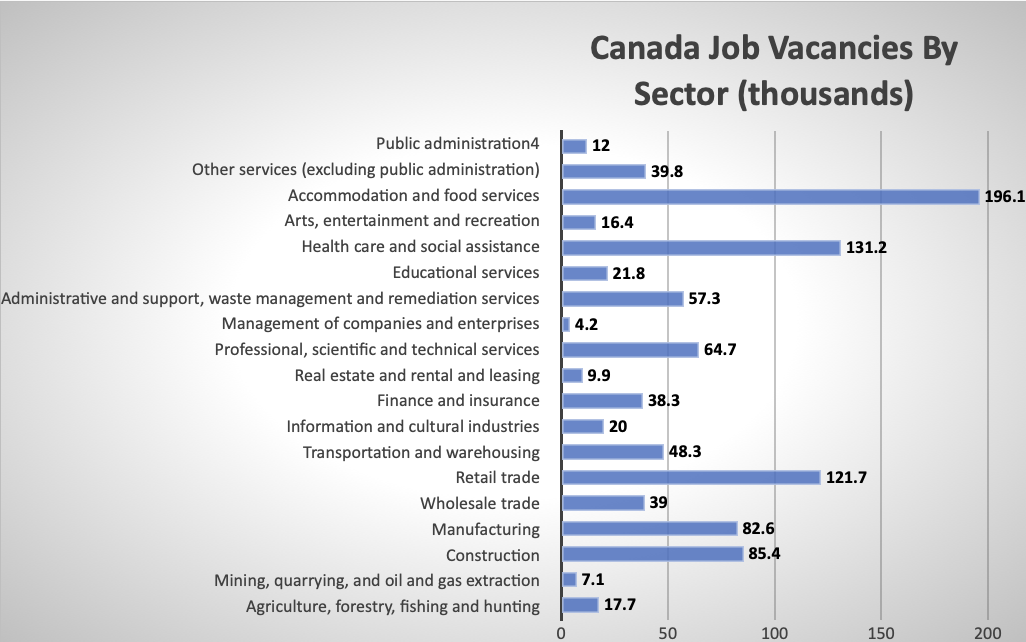 Note: Results for Utilities sector deemed too unreliable to be published.

Provincially, Ontario has the most vacancies in September, with more than 363,000 jobs available in Canada’s most populous province.

Quebec, meanwhile, has the second-highest vacancies in real numbers (nearly 280,000), but one of the highest job vacancy rates, which expresses all vacant positions as a proportion of all positions.

The French-speaking province’s vacancy rate of 7.3 percent was only beaten by British Columbia’s rate of 7.4 percent, despite the western province’s lower actual number of vacancies.

Higher vacancy rates were also seen in Ontario and New Brunswick (both 5.6 percent). 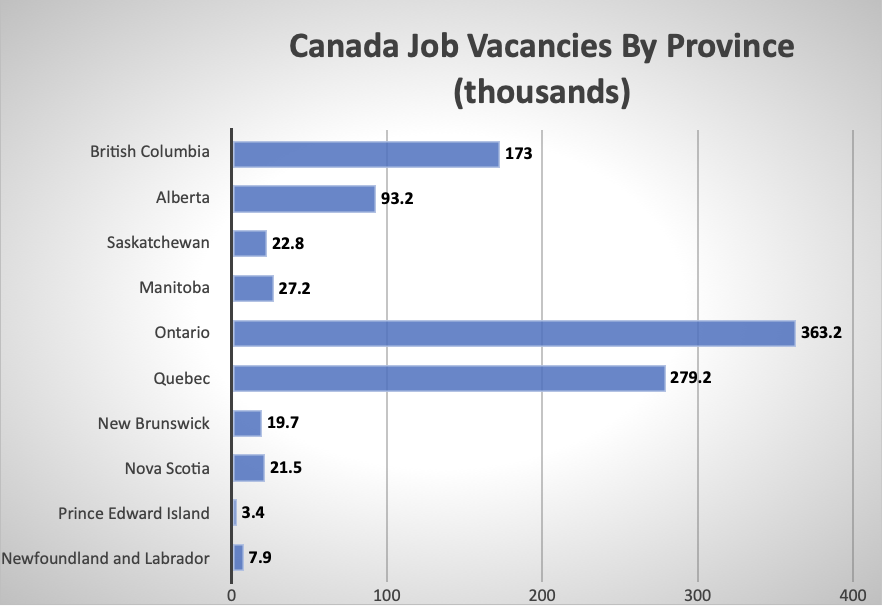 Canadian businesses will be closely watching the emergence of new COVID-19 variant omicron, first seen in southern Africa in November and prompting a ban on travel from the region.

As scientists scramble to gauge the efficacy of existing vaccines against the new variant, the world is waiting to see if the coronavirus pandemic is about to enter a new, damaging phase.

Despite the pandemic, Canada is on target to welcome more than 400,000 new permanent residents in 2021, a modern-era record that has been achieved using a strategy of tapping into those already here on a temporary basis, including work permit and study permit holders.

Despite the high number, Ottawa has a huge backlog of applications to process, with many Canadian provinces reporting chronic labour shortages.

Hiring freelancers for your business
December 6, 2021

These Are The Best Cities In Canada To Find A Job Right Now
November 12, 2021