Canada Has An Open Door For Qualified Nurses, With Demand High 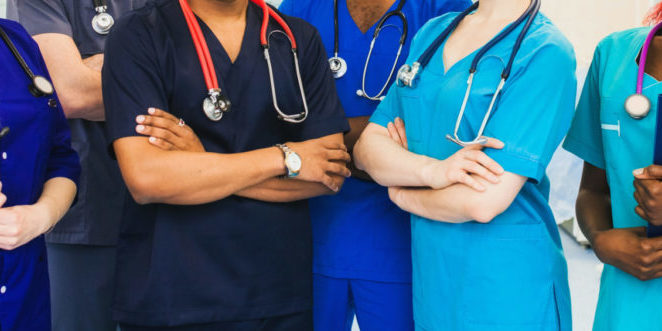 Health authorities, medical clinics, nursing homes and telecare services were already competing with one another to hire nurses before the COVID-19 global pandemic and now that competition has reached an almost fever pitch.

Throughout Canada, Ottawa projects the acute shortage of nurses to only become more serious over the next decade and afford plenty of opportunities for workers with these job skills to come work in Canada through the Provincial Nominee Programs (PNP).

During the two years ending in 2018, there were already more jobs for nurses than qualified people to fill them.

Over the decade to end in 2028, the federal government’s employment website, Job Bank, is projecting a shortfall of 36,500 nurses to fill the available jobs.

“For registered nurses and registered psychiatric nurses, over the period from 2019 through to 2028, new job openings arising from expansion demand and replacement demand are expected to total 191,100, while 154,600 new job seekers arising from school leavers, immigration and mobility are expected to be available to fill them,” states the Job Bank website.

With the country expecting such a shortage of nurses, who fall under the National Occupational Classification (NOC) code 3012 and are regulated by professional bodies in each of the provinces, many foreign nationals who want to immigrate to Canada may want to look into acquiring the necessary qualifications.

Nurses in Canada are required to have completed a university, college or other approved nursing program and any additional academic training or experience needed to specialize in specific areas of nursing. That training often includes a master’s or doctoral degree for clinical nurse specialists, clinical nurses, nursing consultants and nursing researchers.

But hardy souls who are willing to work in Canada’s far north, in the Northwest Territories, can earn almost double the national median hourly wage of $38.14, or $74,373 annually.

Those high wages for the Canadian north are offset somewhat by the much higher cost of living in those territories for such things as food and housing.

Wages for nurses vary greatly throughout Canada based on the particular province and the individual nurse’s level of education and experience. A starting hourly wage in the francophone province of Quebec could be as low as $23 but a nurse starting out in Saskatchewan could come in at $35 per hour. The highest hourly wages for nurses in Canadian provinces are in British Columbia, with a top wage of $50.59.

Depending on the employer, nurses can work in jobs with a number of different titles, including:

The Job Bank website currently lists 905 positions for nurses in Canada, with 358 of these in Quebec, 259 in Saskatchewan, and 104 in British Columbia.

Canada’s biggest province, Ontario, has 84 positions open. There are 65 jobs for nurses in Atlantic Canada, 22 in Manitoba and eight in Alberta.